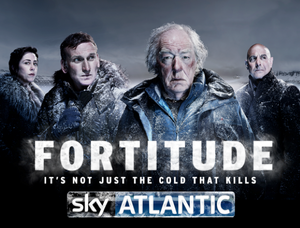 Fortitude is a British psychological thriller television series created and written by Simon Donald (Low Winter Sun). An 11-episode series was commissioned by Sky Atlantic in 2013, and started airing on 29 January 2015. The series is set in the fictional Arctic settlement of Fortitude. Sky Atlantic have confirmed a 10-episode second series, due for transmission sometime in 2016. The first episode in the UK attracted a record audience for Sky Atlantic, 770,000 viewers, which is their highest ever audience for an original commission. Total viewing figures eventually reached a much larger figure, as many viewers either watched the series on catch up TV services via Sky Go and Sky Anytime. 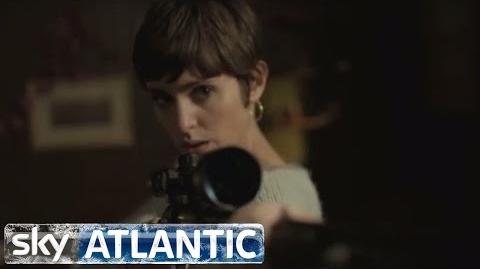 Fortitude TV Trailer
Add a photo to this gallery

Tavrani
Add a photo to this gallery
Retrieved from "https://fortitude.fandom.com/wiki/Fortitude_(Series)?oldid=4313"
Community content is available under CC-BY-SA unless otherwise noted.